When we think of ‘going green’, images of recycling and energy conservation pops up in our minds. Popular imagery of switching off lights when no one is present in the room, using reusable bottles, installing solar panels, turning off the taps to save water, etc. instantly comes to our mind.

It is definitely hard to believe that one harmless hour of Netflix streaming per week, could supposedly consume more energy than the annual outcome of two new refrigerators put together. Although people are constantly altering their daily lifestyle to make their lives greener for sustainable futures ahead, it never occurs to us that the internet usage could also become a contribution to saving the environment.

Recent studies have shown that the World Wide Web is responsible for producing around 20 percent of carbon emissions. Unfortunately, the numbers will increase if they continue to move at this rate ahead by 2030. What’s more is that if internet consumption is not controlled, we won’t be far behind countries (India, China, and the United States) that are negatively impacting the environment.

According to research, approximately 5.10 gm of carbon is used per page view, while the average American household consumes more than one hour of Netflix per week. As mentioned earlier, this generates energy more than the total output of two refrigerators. Although another study shows that the energy required for a single email or an internet search is actually minimal and may not even have an impact. But when this negligible energy consumption is multiplied by 4.1 billion people, change happens. If these energy scraps and emissions of various greenhouse gases regularly add up, they become a significant amount, which eventually harms the environment.

How is The Internet Polluting The Environment?

In recent times, numerous think tanks have released reports that speak about the high carbon emission, which takes place due to the extensive use of video content. Since the primary activity of the new generation rests upon data transmission that requires massive electrical input, the production involves the consumption of resources that involve a high carbon imprint.

This means that a 10-hour HD video encompasses more data than written articles found on Wikipedia. Although normal internet activities don’t seem much of a danger to the environment, all online activities come with a small cost.

Every time we run our devices, they emit an insufficient amount of CO2. When put together, these carbon emissions drastically affect the environment. Unfortunately, global audiences, including top internet providers are still unaware of this environmental hazard. However, carbon footprint depends on consumption levels of the internet in each location. For instance, internet consumption is going to be higher in developed countries such as the U.K., Australia, Canada, or the U.S. in comparison to their less resourceful counterparts in the developing nations. That said, people in developed nations also have an awareness about the carbon footprint left in the wake of the internet.

Does The Current Climate Issues Have a Solution?

Although the nationwide implementation of climate control regulations have begun, these are yet to become widespread even in developed countries. Although, the current concern among the American population is to gap the digital divide, which aims to facilitate the American population with high-speed internet in all areas, from the rugged terrain to the urban centers. However, the environmental impact of the internet on the climate cannot be ignored and urgently needs awareness.

This needs to be applied not just within the country but on international platforms as well. Although it’s believed that slower internet speeds will limit daily internet use that helps mitigate climate change but this is no longer enough.

On the other hand, there is a strong desire to become increasingly digital but then too much tech is distressing the planet with too many greenhouse gases. Is it even possible to fuse these two objectives, so that the present-day society is technologically adept yet is highly sustainable to survive? Societal expectations need to be amended to change cultural norms regarding both the internet and the climate.

Visit this website holla.biz for getting up-to-date news and gobeyonds.net is an online community where people can share their experiences. If you want to get more information then you can also check out this site mypressplus.net.

Can Immediate Restorative Action Transport us to a Digital Sustainable Future?

For instance, service providers are already investing in fiber optic for their exceptional service. Also check the other providers on the BuyTVInternetPhone official website, and see which ones are perfect. However, this isn’t the only benefit of fiber optic; it’s environmentally friendly, which is ideal for the kind of eco-friendly initiatives corporations are now aiming to take up. At the end of the day, it’s all about the balance between regulating individual internet consumption and investing in environment-friendly resources, while connecting the American population with the rest of the world.

Here you can go to learn more about the tutflix

November 15, 2022
What Is the Hash Calculator and How Does It Work? 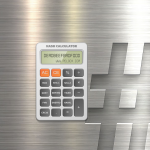 What Is the Hash Calculator and How Does It Work?